The dynamic and witty Father Kris von Maluski was assigned as Pastor of St. Augustin's Church on July 1st, 2015 by Bishop Thomas J. Tobin while continuing as Pastor of St. Mary’s Church where he was assigned on July 1st, 2013. He was born and raised in Fall River, MA and graduated from Bishop Connolly High School and University of Massachusetts in Dartmouth, MA, where he received a bachelor’s degree in computer science. He later attended Providence College for an intense year of theology and philosophy prior to major seminar. His seminary studies took place at the American College of the Immaculate Conception at the Catholic University of Louvain in Belgium, where he received a master’s degree in Religious Studies and an STB in Sacred Theology . In 2001, he was ordained by now Bishop Emeritus of Providence, the Most Reverend Robert E. Mulvee. He furthered his studies at Salve Regina University where he received an Advanced Certificate in Holistic Leadership.

Prior to the priesthood, Father Kris had worked in the secular world as a contractor for the U.S. Navy in Newport and volunteered as a Catholic leader for an inter-denominational outreach group called Young Life. His natural ability to connect with young people later led to a position with the Diocese of Providence where he worked for eight years on retreats and youth evangelization before attending the seminary in Belgium at age 37. Before his assignment at St. Mary’s Church, Father Kris served for four years as chaplain of Salve Regina University in Newport. Other former assignments include assistant pastor of St. Anthony in North Providence, St. Edward in Providence and St. Francis de Sales in North Kingstown.

Father Kris’ compassion for others, positive attitude and vigor for his shared role as Pastor of St. Augustin's and St.Mary’s has continued the missions of both parishes while spreading the gospel into the wider community. 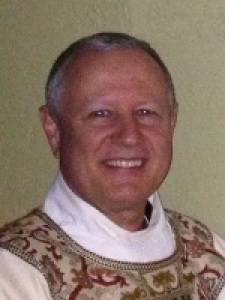